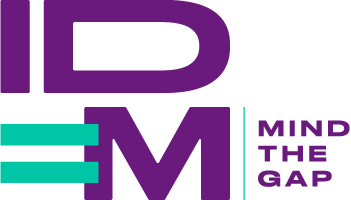 Economic Benefits of Gender Equality in the European Union. Report on the empirical application of the model.

Gender equality is one of the founding pillars of the European Union and much progress has been made over the years to improve the everyday lives of women and men, especially with the creation of more equal opportunities.

EIGE’s Gender Equality Index demonstrates a positive trend of development in the domain of employment, reflecting the EU’s focus on economic and labour market policy. However, large gender gaps persist when comparing educational attainment, pay and income, labour market activity rates and the provision of unpaid work and distribution of time between women and men. Lower wages and employment prospects for women also increase their risk of poverty or social exclusion, especially later in life when they are dependent on a pension that relies on previous earnings. When it comes to education, women are largely missing from STEM (Science, Technology, Engineering and Mathematics) fields, which have promising job prospects at present and in the future. In short, women’s talents are not being used to the full, which is putting a strain on individuals, employers and the society at large. The European Institute for Gender Equality has produced sound evidence that confirms improvements to gender equality will generate economic growth for the EU and benefit individuals and society at large. We looked at the economic impacts of reducing gender inequalities in STEM education, labour market activity and pay. We also considered the demographic changes when these gender gaps are reduced and a more equal distribution of unpaid care work is achieved. Our findings prove that more gender equality boosts economic growth. The evidence confirms that improvements to gender equality would generate more jobs for the EU – up to 10.5 million additional jobs by 2050. Gross Domestic Product (GDP) per capita would also be positively affected and could increase up to nearly 10% by 2050. Another important finding shows that addressing different gender inequalities together is likely to generate more positive impacts, rather than tackling them one by one in isolation. From a methodological point of view, this study is unique in the EU context. It is the first of its kind to use a robust econometric model (E3ME macroeconomic model) to estimate the macroeconomic benefits of gender equality in a broad range of policy areas. The study shows that promoting gender equality and mainstreaming the different perspectives of women and men into the policy areas of education, labour market participation and pay, among others is essential not only for reasons of social justice and fairness but it is also essential for smart, sustainable and inclusive growth. Structural changes are necessary to avoid permanent losses in wealth and slug-gish growth rates and to put the European economy back on an upward sustainable growth path.